5 Popular Expressions – Where We Got Them and What They Mean 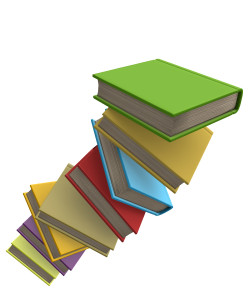 Ever wondered where we got the phrase ‘ants in your pants’ or ‘the cat’s pyjamas’? No doubt you’ve heard people use them, maybe you even use them yourself, but have you ever stopped to think about where they come from?

I got stuck in to a great little book over the weekend by Judy Parkinson called ‘Spilling the Beans on the Cat’s Pyjamas, Popular Expressions – What they mean and where we got them.’ I found it absolutely fascinating.

I love finding out about the origins of words and phrases, so I thought I’d share some of them with you!

Barking mad is used to suggest raving insanity, and often shortened to ‘barking’. People mistakenly believe that it stems from the medieval lunatic asylum in the London borough of Barking, but this isn’t actually true. It comes from the rather more obvious link with rabid or mad dogs, who would howl and yap because of the disease.

Used to describe someone or something as excellent or top-notch, the cat’s pyjamas has been in use for nearly 100 years. Although it’s never been proven, the phrase is thought to originate from an early 19th century English tailor named E B Katz, who had a reputation for making the finest silk pyjamas.

Ants in your pants

Also described as a ‘fidget bottom’, this phrase is often used to describe someone who is very restless or over eager. The expression was made popular by a dynamic former US Army general called Hugh S. Johnson, who was in charge of the National Recovery Administration (NRA) in 1933, when the national reconstruction policies of President Franklin D. Roosevelt’s ‘New Deal’ were implemented. Johnson said of the NRA general counsel Donald Richberg, ‘Donald’s agitation is just a symptom of the ants of conscious in his pants.’ Pants in the case had the American meaning of trousers.

Used to tell someone to leave or go away, without resorting to swearing and really offensive language, this expression has a nautical origin. It alludes to an anchor, or ‘hook’ which must be secured in its sling at the bow before the ship can cast off.

All tarred with the same brush

The phrase ‘all tarred with the same brush’ refers to all members of a group sharing the same failings, or all being sheep of the same flock. The saying alludes to the methods that farmers used to use to mark their sheep; a brush dipped in tar and used to mark the wool as a way of branding them.  People often use this phrase now to describe how they feel when they have been lumped in with others and judged unfairly as a result.

Cold enough to freeze the balls off a brass monkey

Meaning that the weather is really cold, this phrase actually has nothing to do with a monkey’s testicles! A brass monkey is a type of rack in which cannon balls were stored. Because it was made of brass, the ‘monkey’ contracted in cold weather, resulting in the cannonballs being ejected.  People often use ‘brass-monkey weather’ to refer to the temperature.

It’s not just the origins of words and phrases that I’m interested in, I also love writing! Articles, blogs, websites – you name it. If you are looking for an experienced, professional copywriter in Sheffield, call us on 0114 383 0711

Share this ArticleLike this article? Email it to a friend!
Email sent!